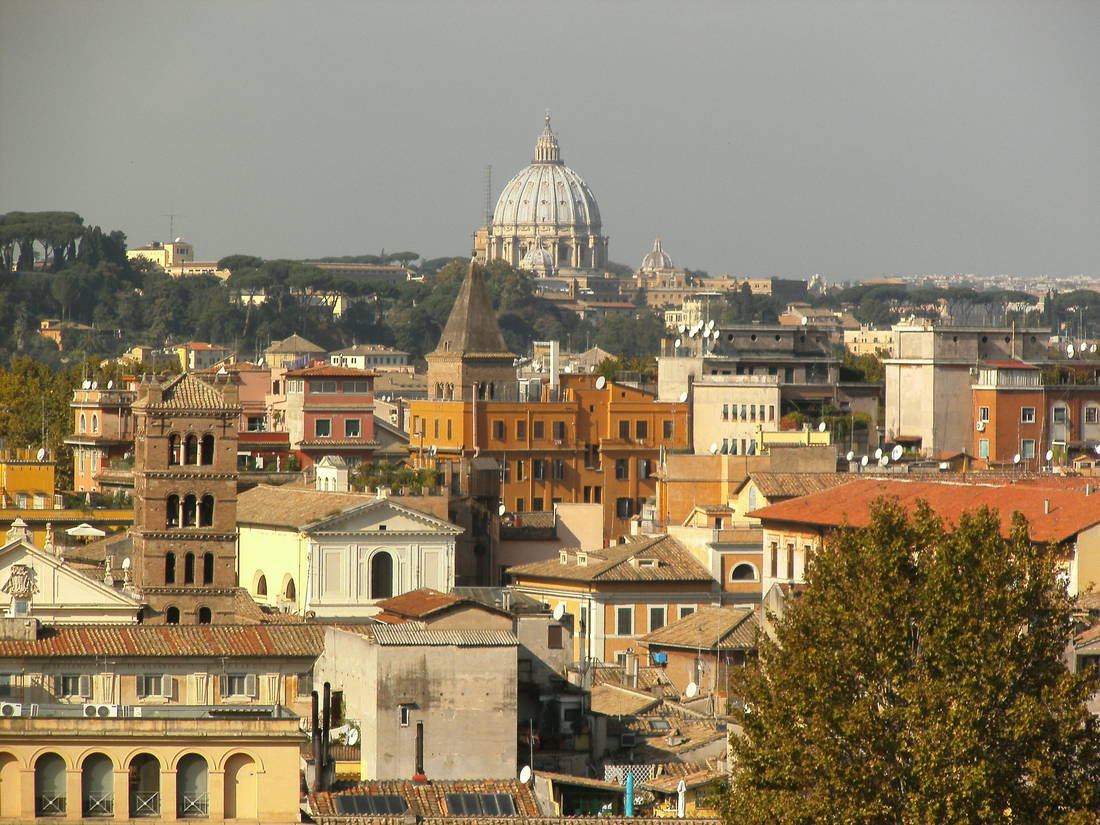 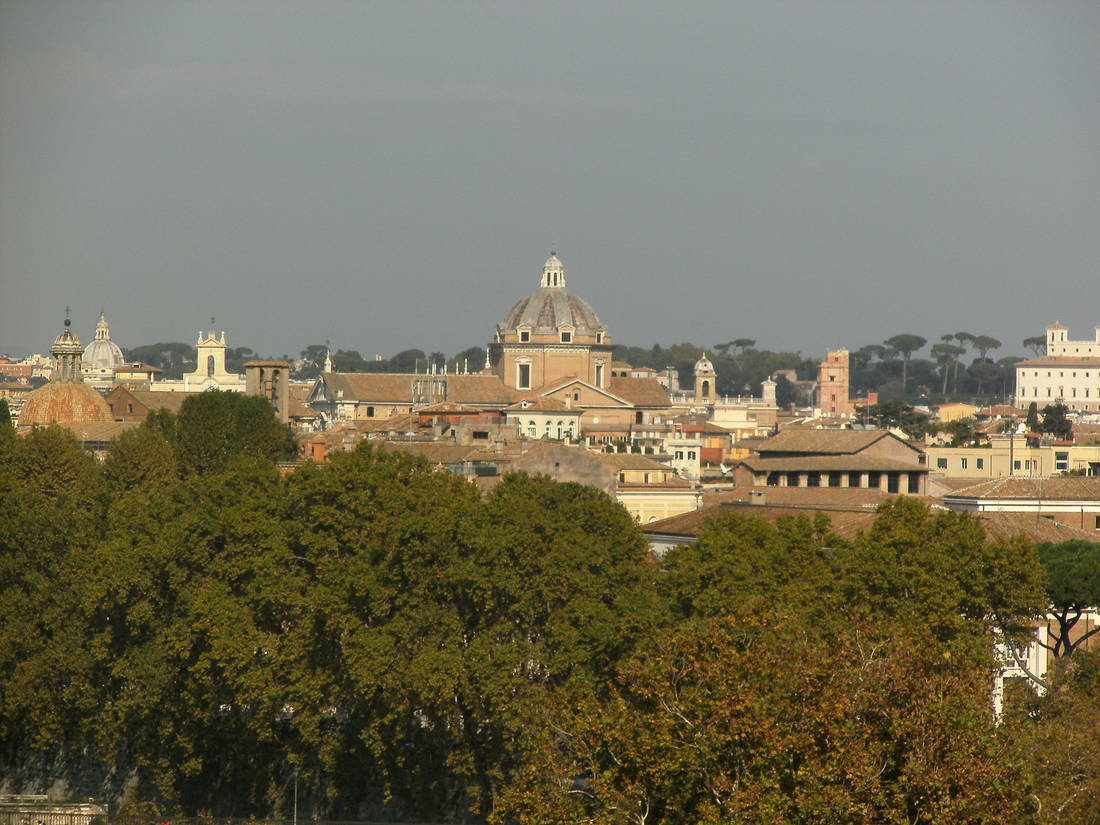 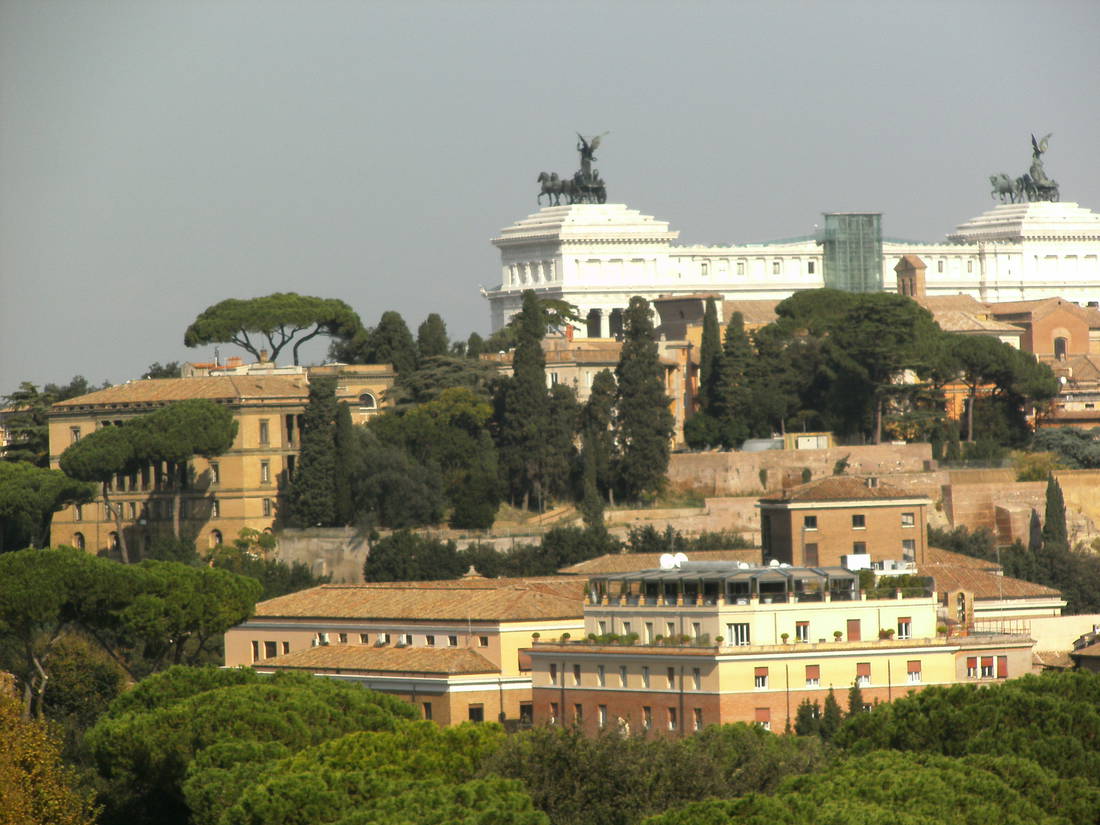 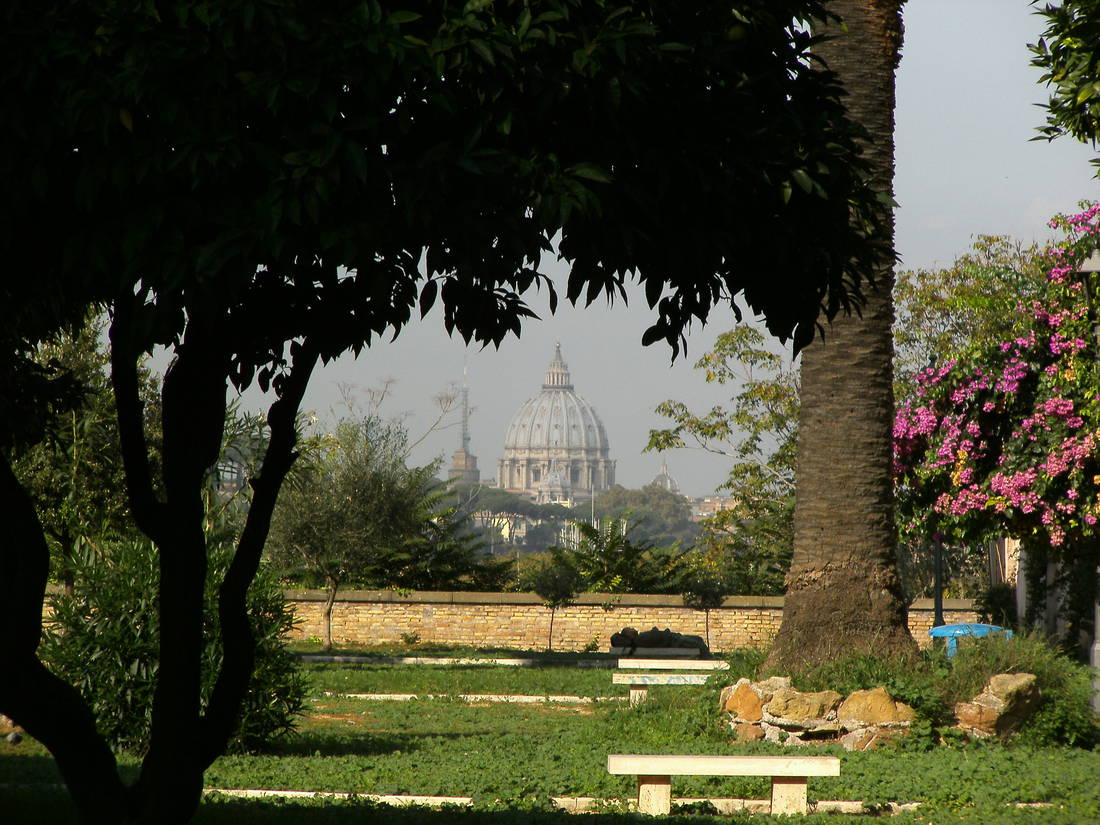 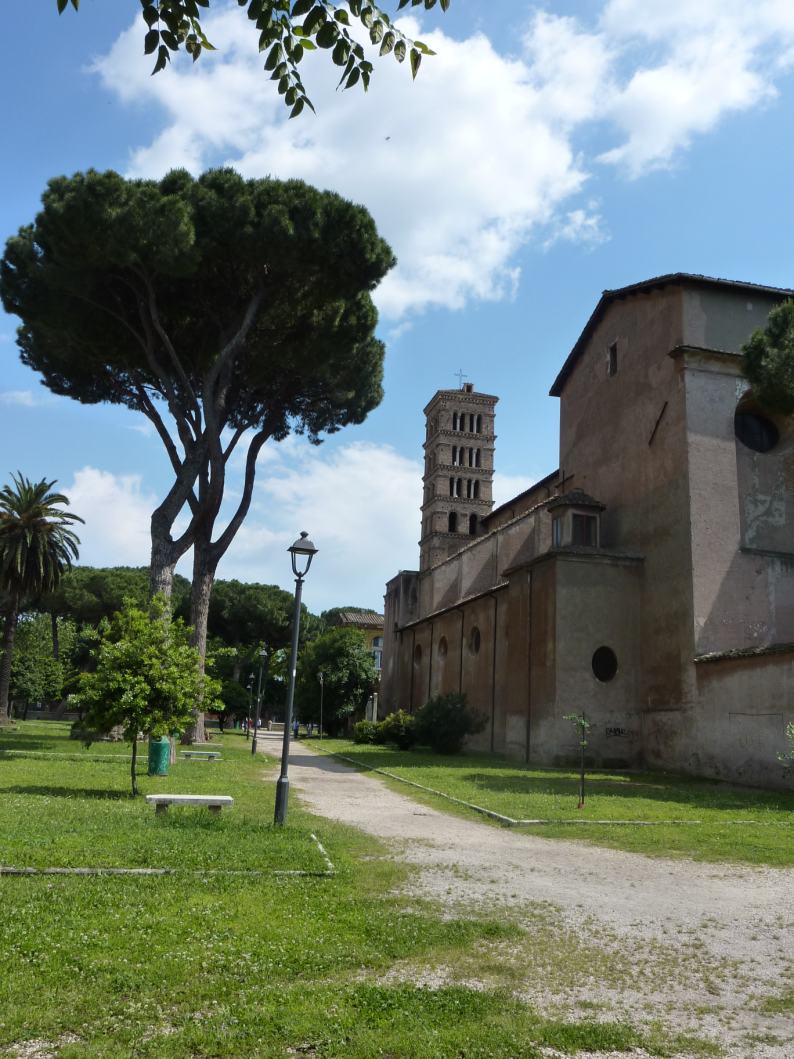 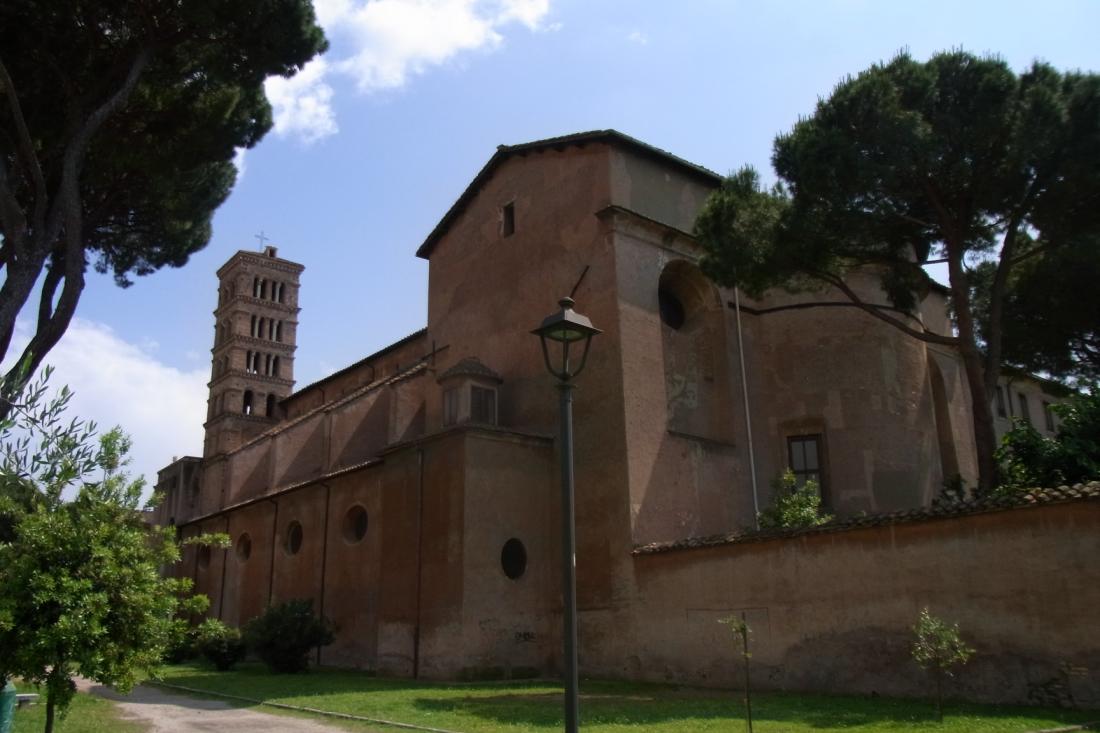 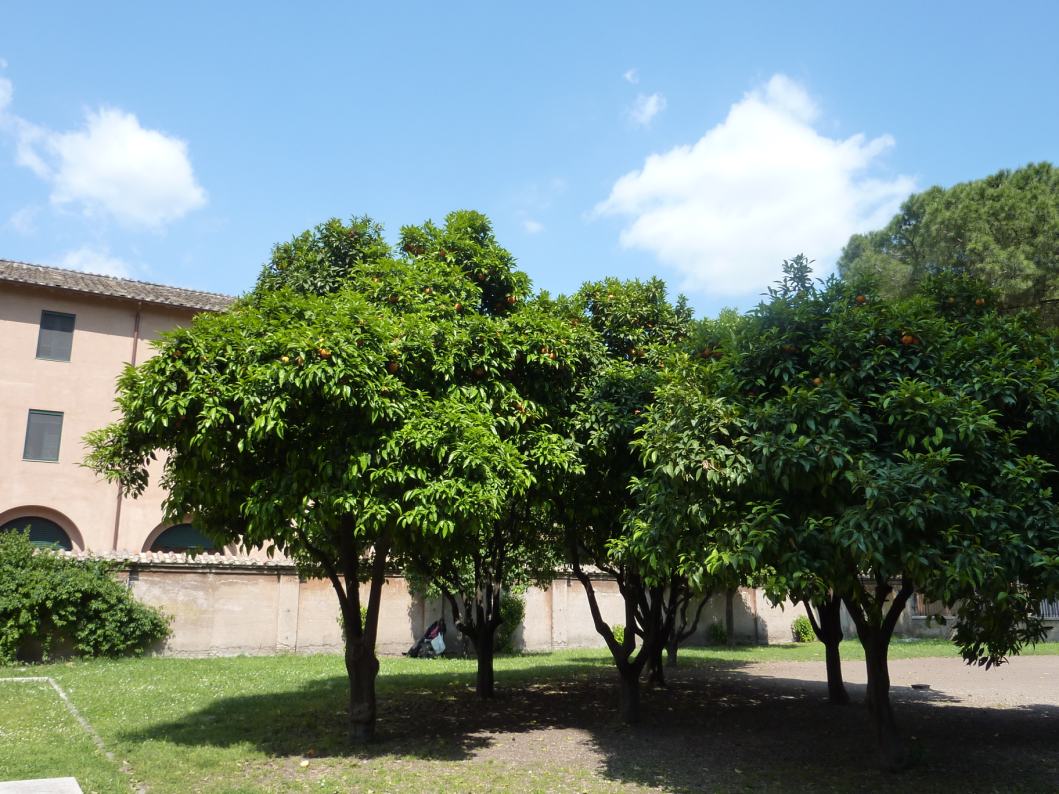 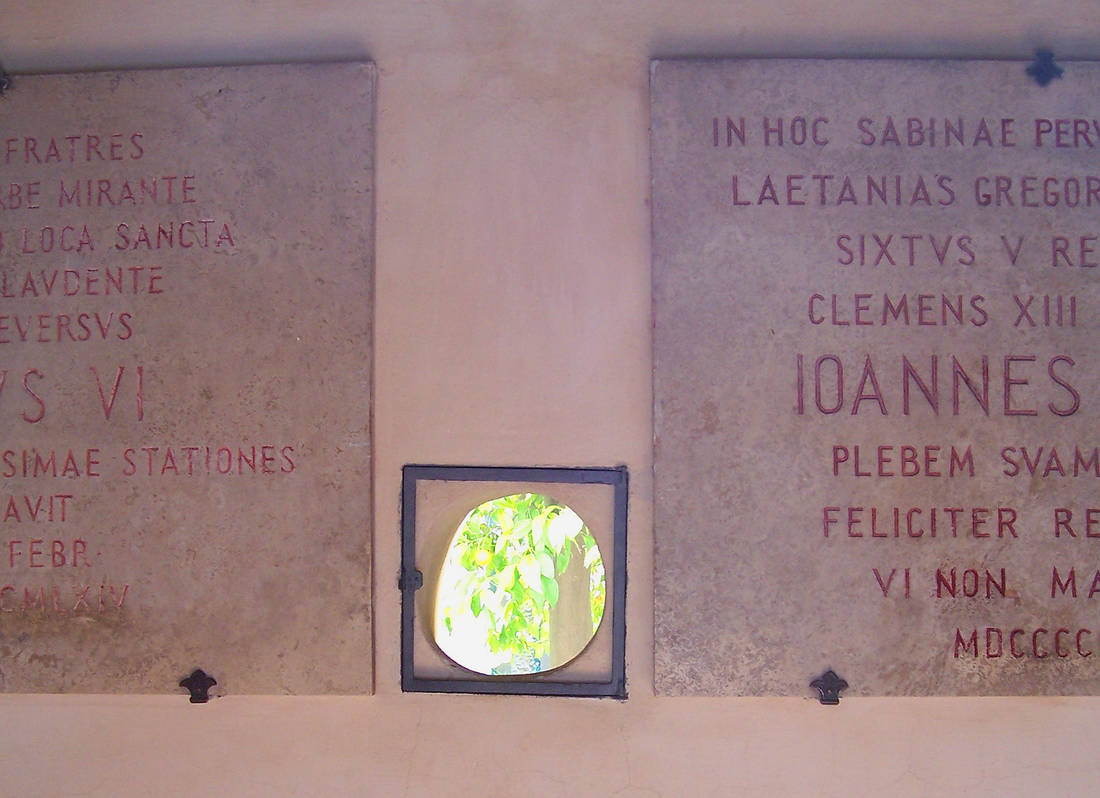 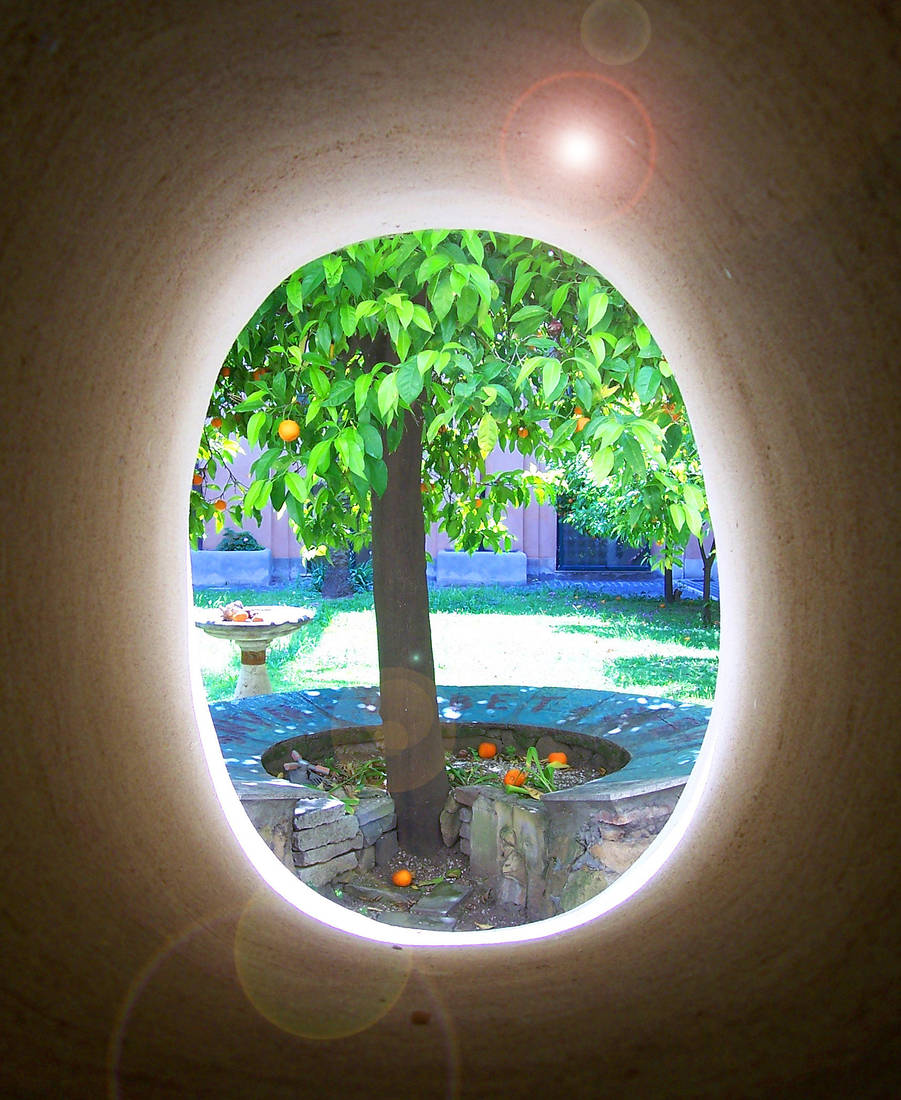 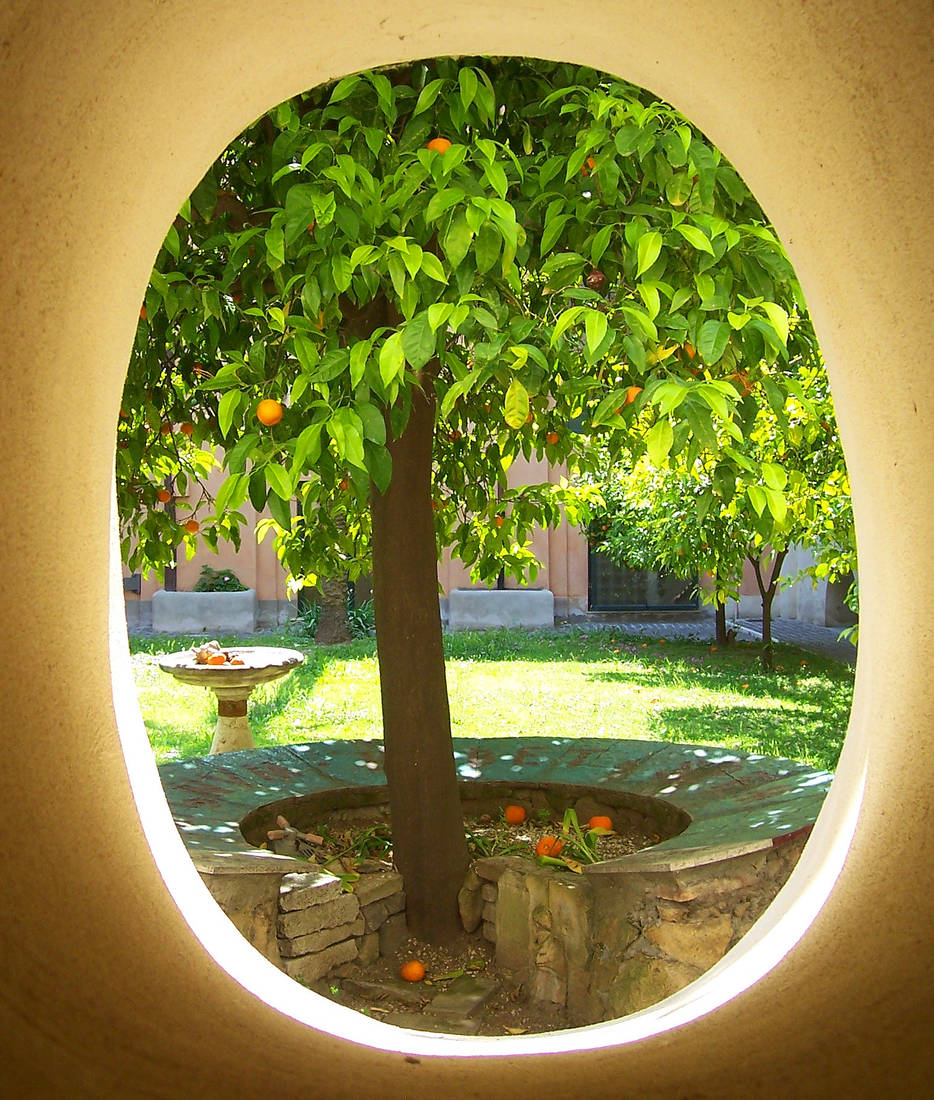 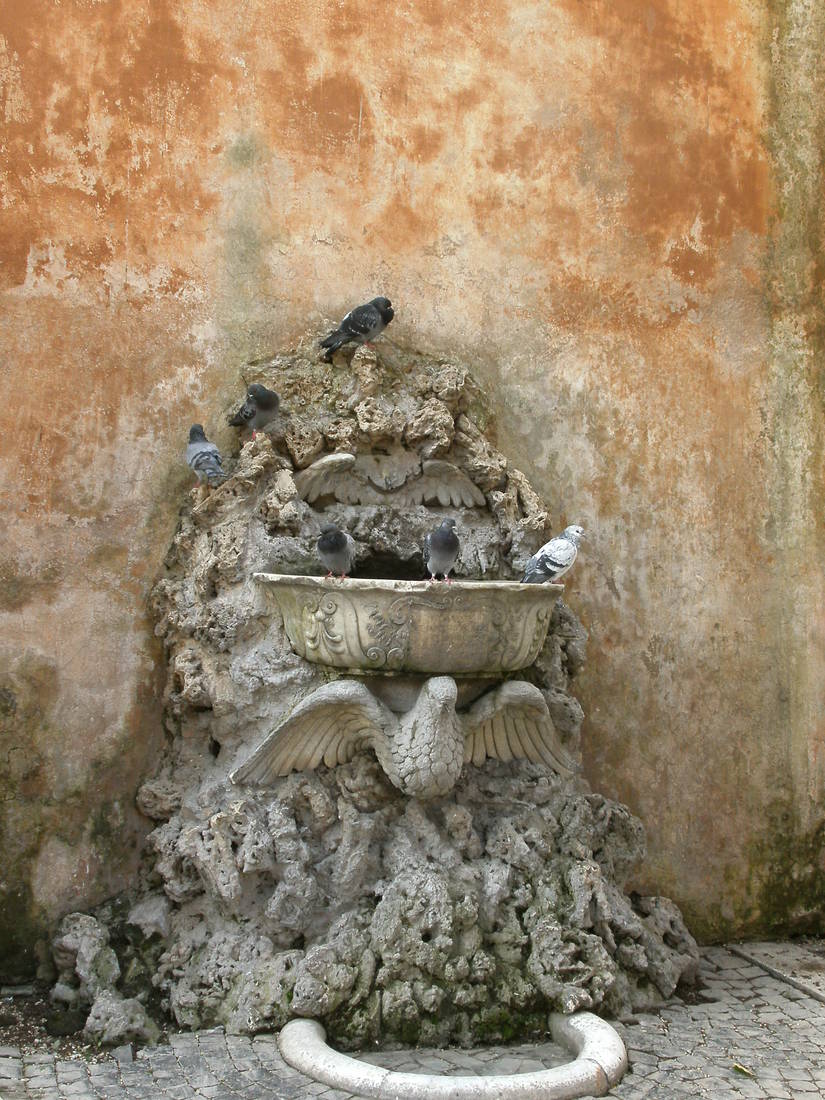 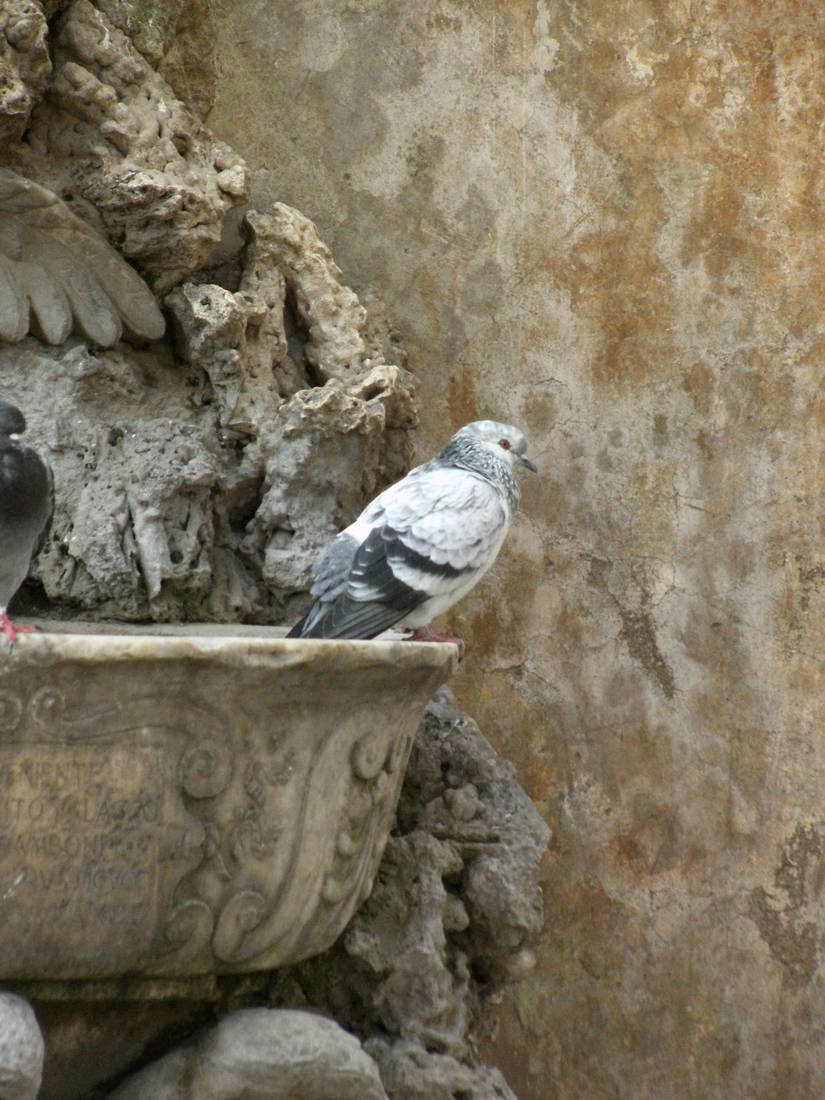 A Baroque Wall-Fountain in the Villa Sciarra

The Wilburs moved into an apartment at 17 Via Sprovieri in Monteverde, a pleasant hilltop neighborhood with a large outdoor market, stores both chic and handy, and two movie theaters, one of them open to the skies. ?It was only a few minutes’ walk to the Academy, and the shortest route cut through the Villa Sciarra, between an enormous cage full of exotic birds and an ivy-covered wall fountain depicting a family of fauns.

(...) The Wilburs immersed themselves in Rome, its ruins, parks, shops, theaters, and nearly inexhaustible concentration of treasure-filled churches. They also made many day trips outside the city (usually organized by the Academy, but at least once by Dino) to towns such as the now-landlocked harbor at Ostia Antica—with its small, perfectly preserved theater and ancient wine bars stationed at every corner—and to archaeological sites: the Etruscan tombs near Tarquinia, whose colorful wall paintings reprised their inhabitants’ carousing and copulating with a lack of inhibition that charmed D. H. Lawrence; the necropolis of tufa-built, igloolike tombs at Cerveteri; and the fountains and garden of the Villa d’Este at Tivoli.

(...) Like “The Mind-Reader,” all of Wilbur’s Roman poems offer appreciations of a believer’s relation to God as an inescapably collaborative enterprise. Christ’s hand didn’t write the Gospels, for instance—his believers’ hands did. Wilbur’s rendering of human-divine collaboration raises the stakes of every poem in which he asserts it, especially in “For the New Railway Station in Rome” ?and “A Baroque Wall-Fountain in the Villa Sciarra.”

(...) Back in Rome, Wilbur continued to work on the poem called “A Baroque Wall-Fountain in the Villa Sciarra,” which, like “For a New Railway Station,” took a fugue form. It begins with a playfully detailed verbal sketch of the eponymous fountain, its endlessly replenished water falling to create a kind of transparent tent for its mythical stone tenants: a faun and fauness and their pet goose—?a family rapt in an eternal “saecular ecstasy.” Their easy happiness seems too simple and untroubled to be useful to a world where such good times cannot be sustained.

(...) With this final poem begun in Rome, Wilbur lifted his own poetry, ?and contemporary American poetry, to a new place, from which the world’s resilience and bounty are not suspect but manifest.
- See more at: The Poet in Rome: Richard Wilbur in Postwar Italy | The Common
Zum Vergrößern anklicken.... 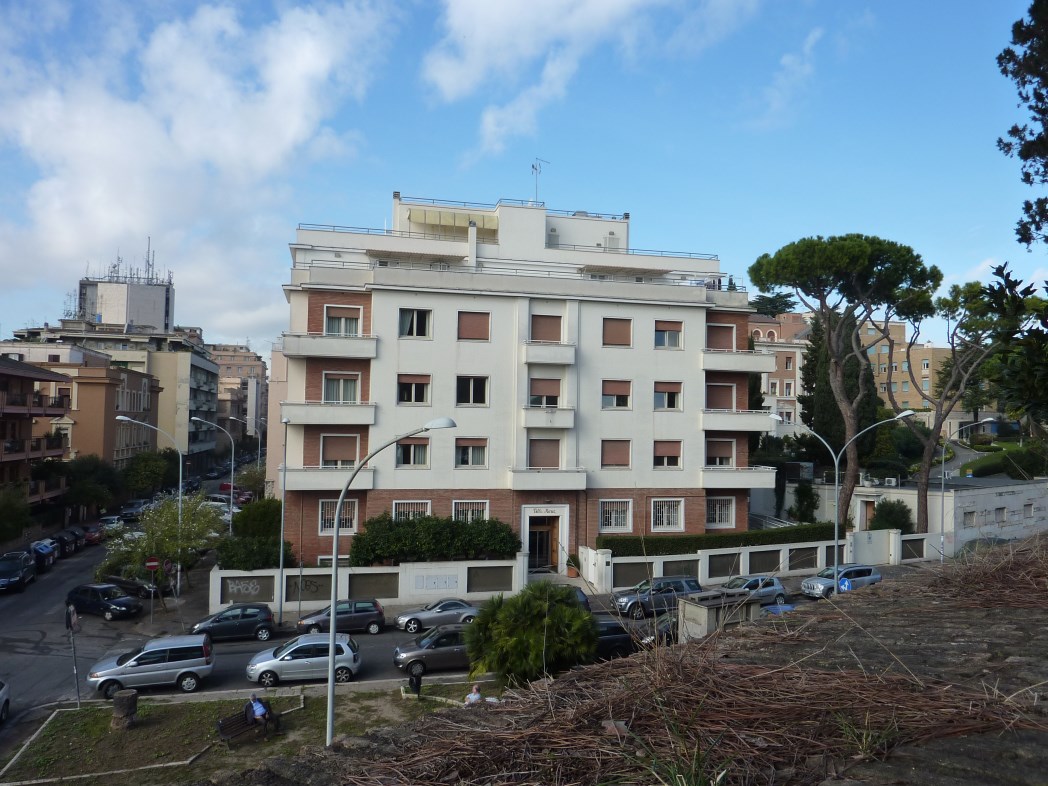 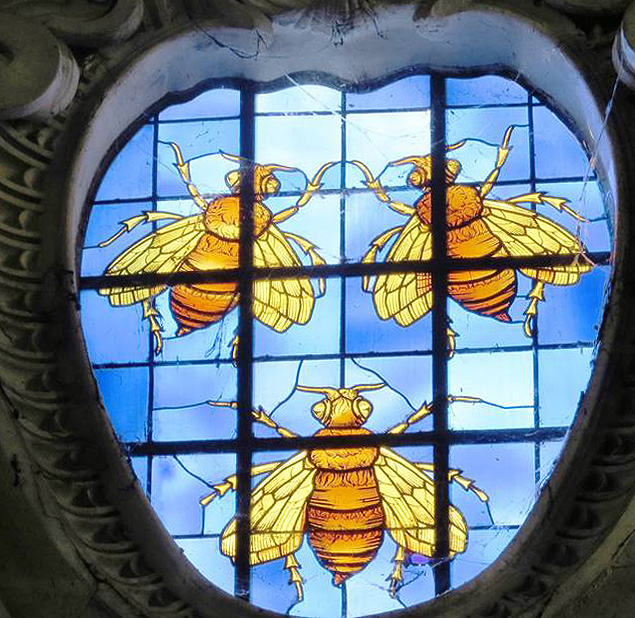 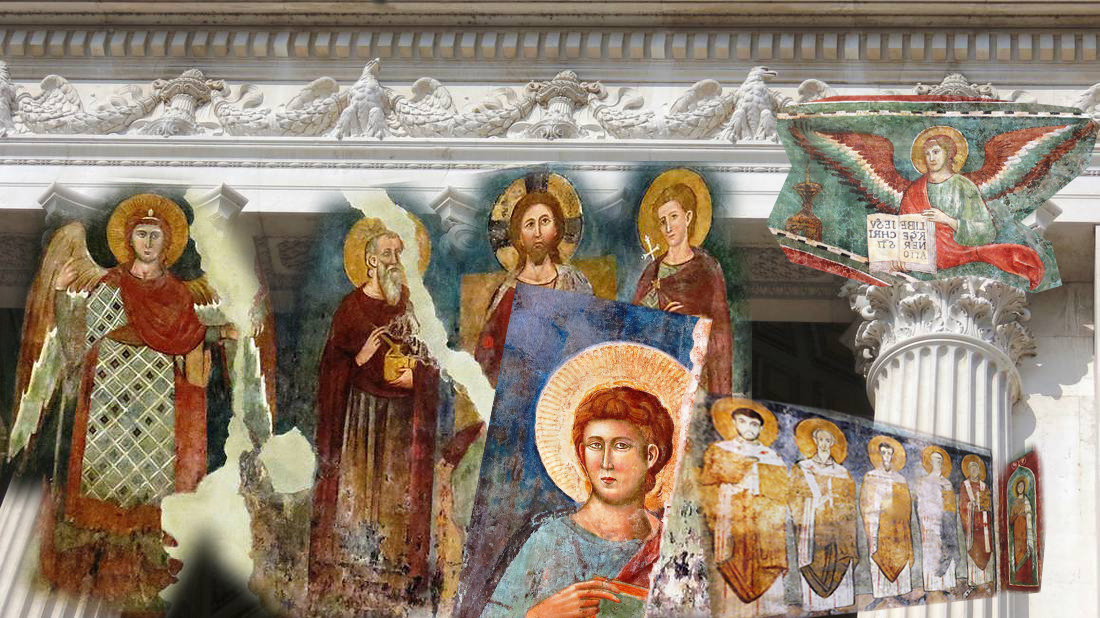