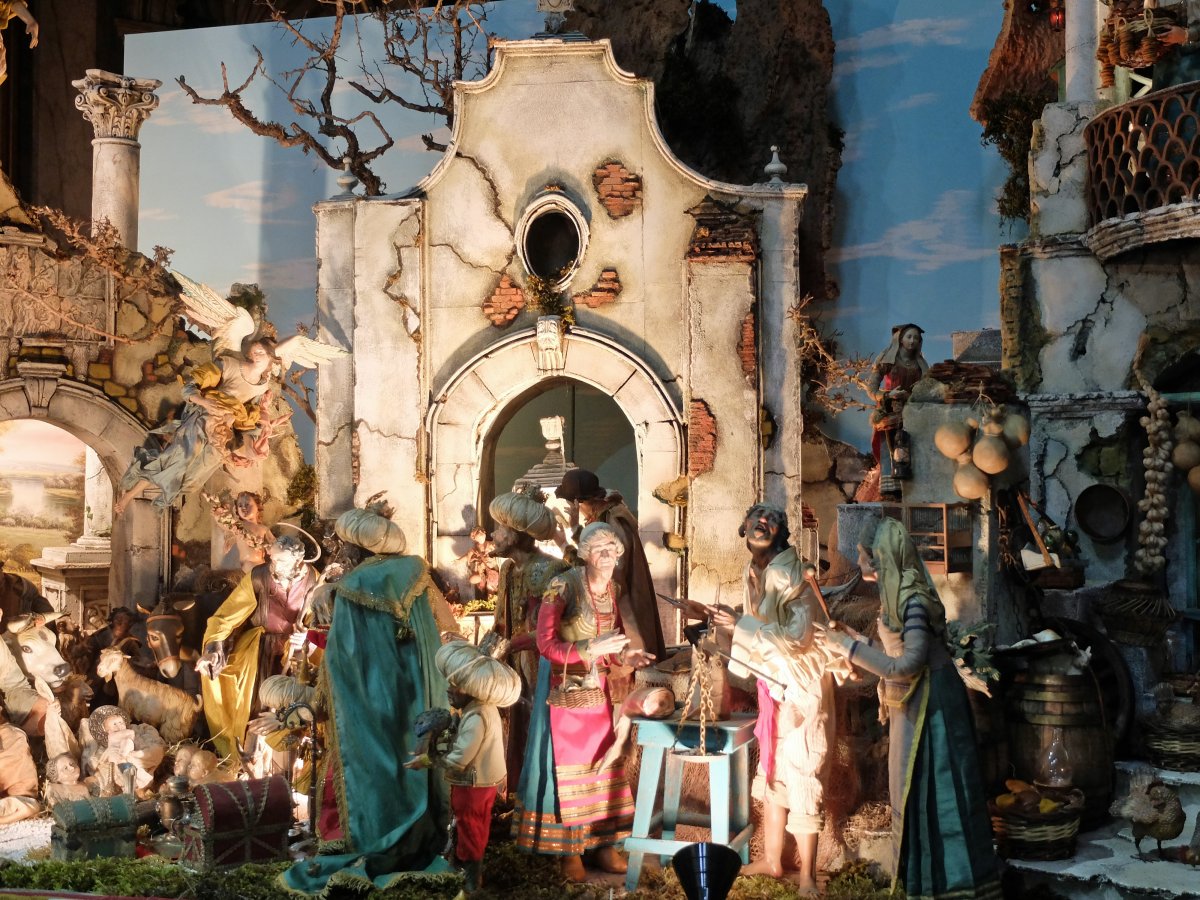 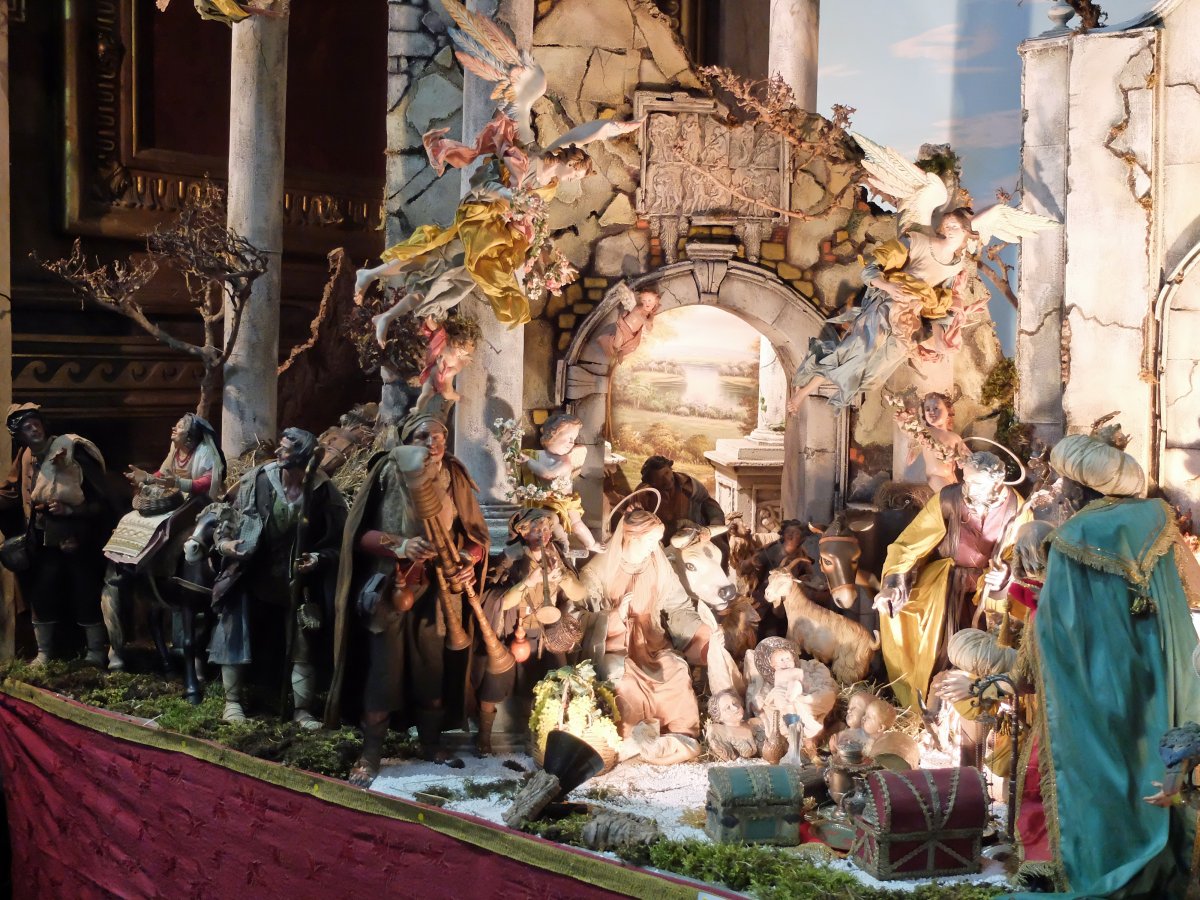 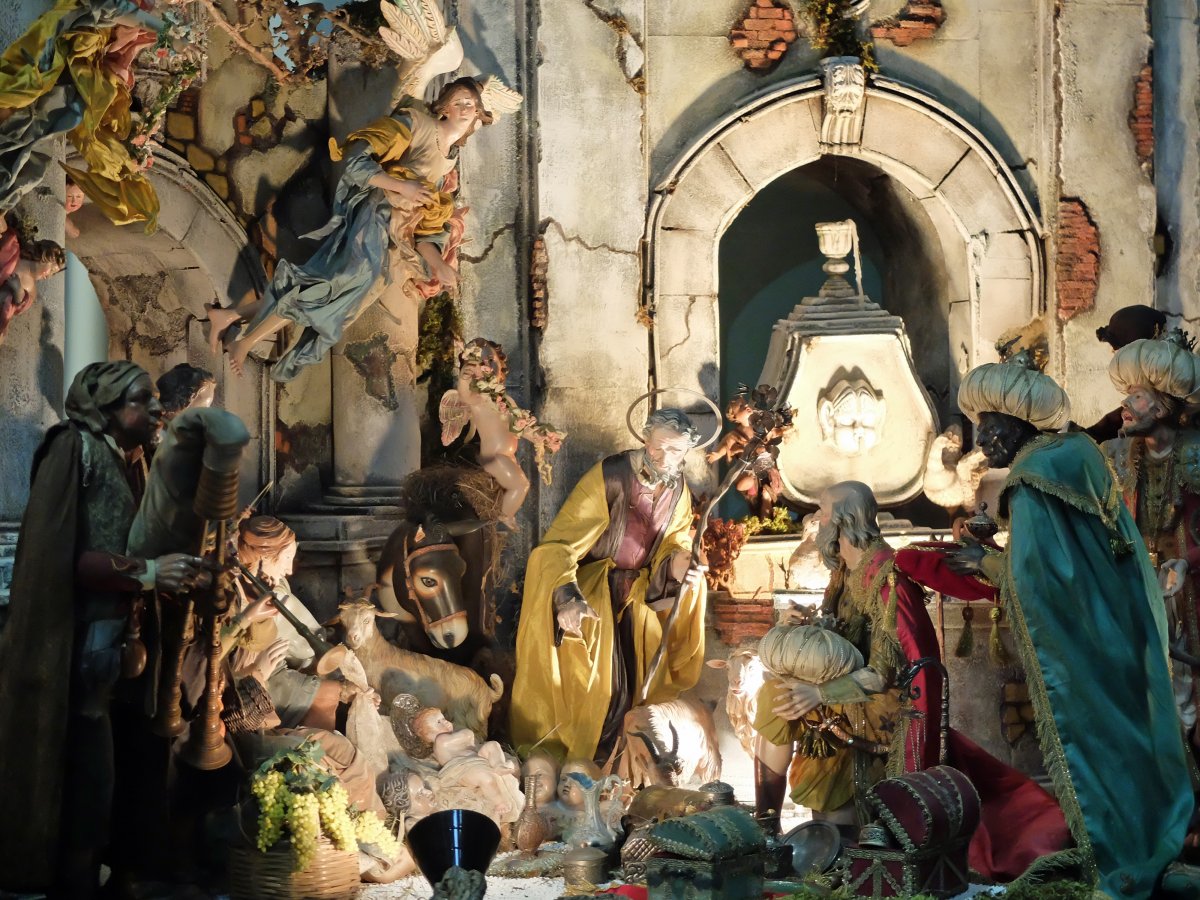 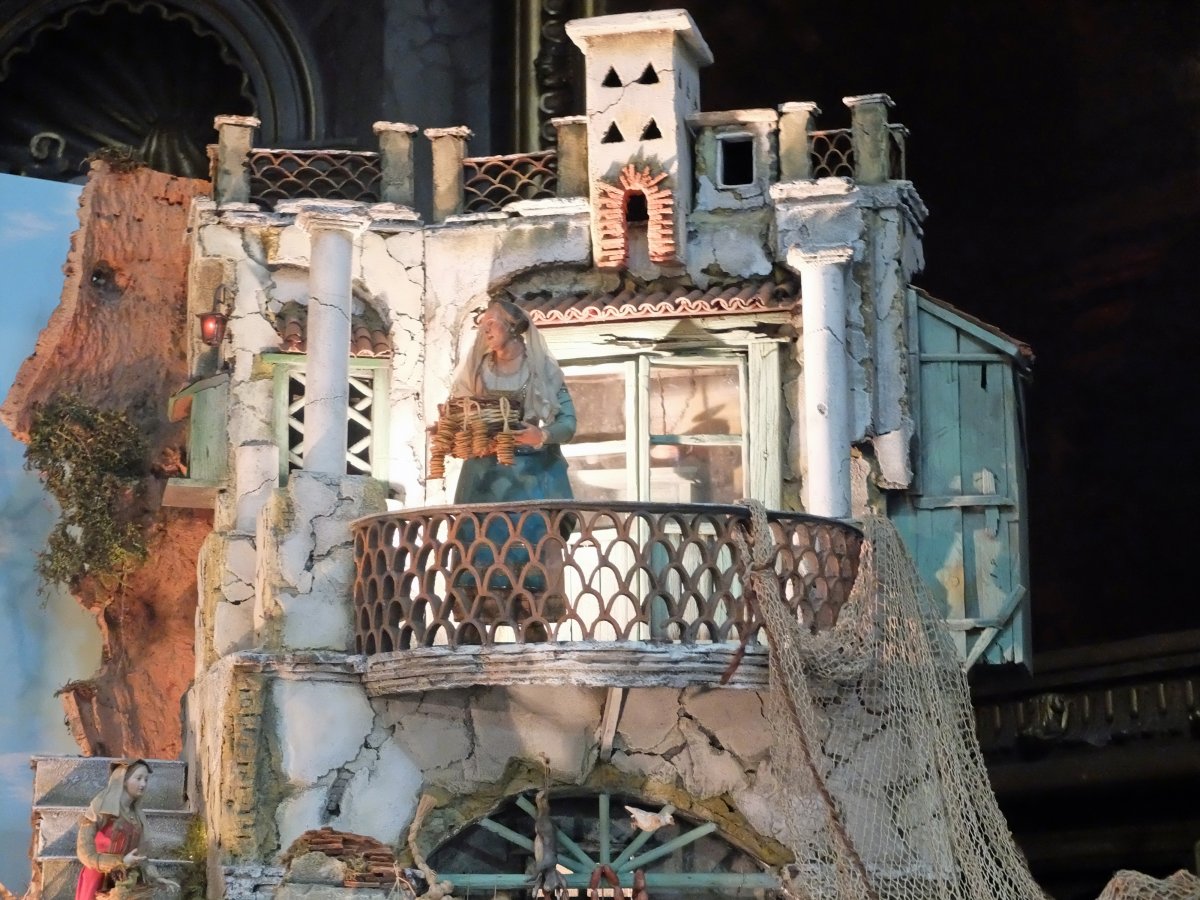 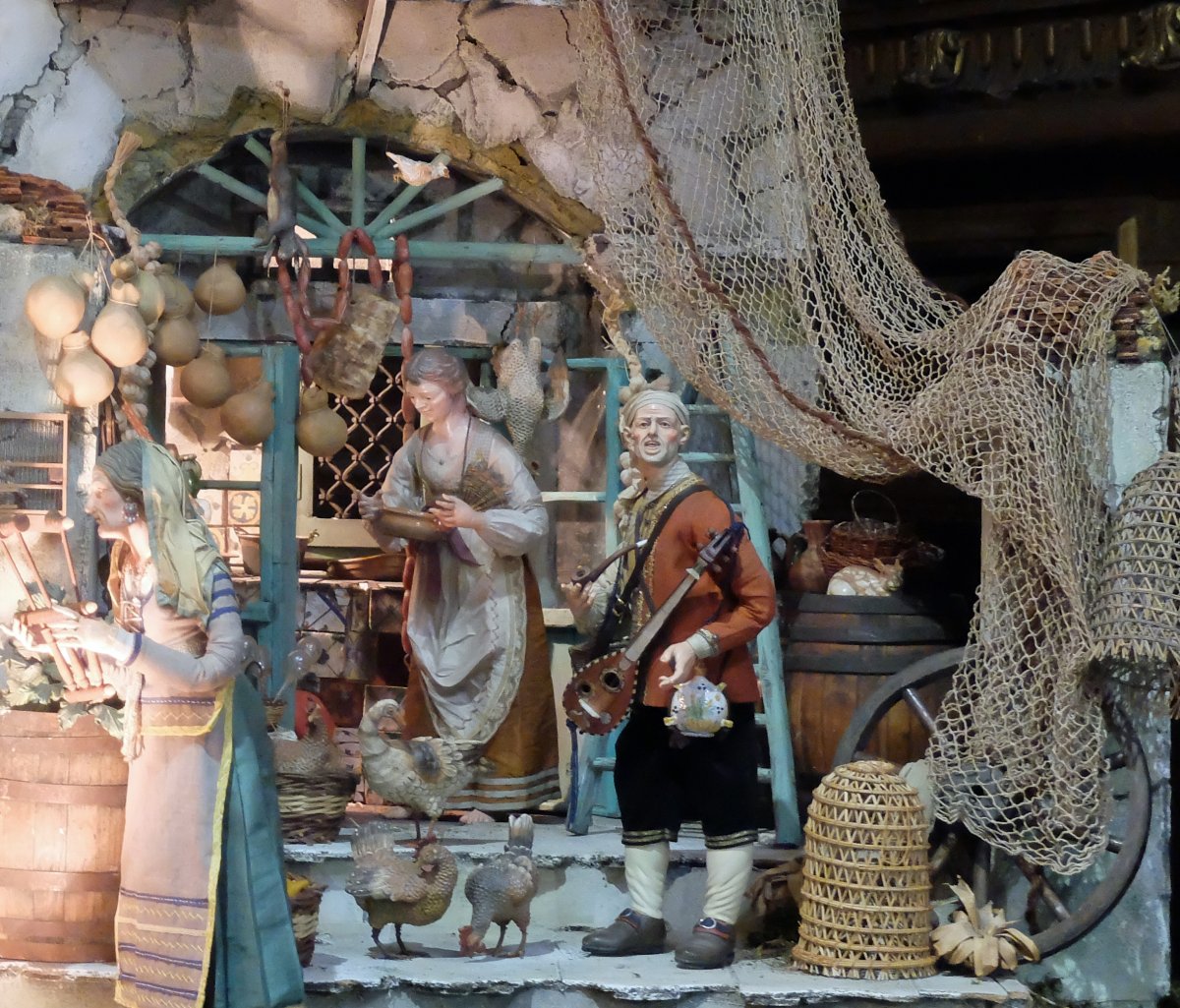 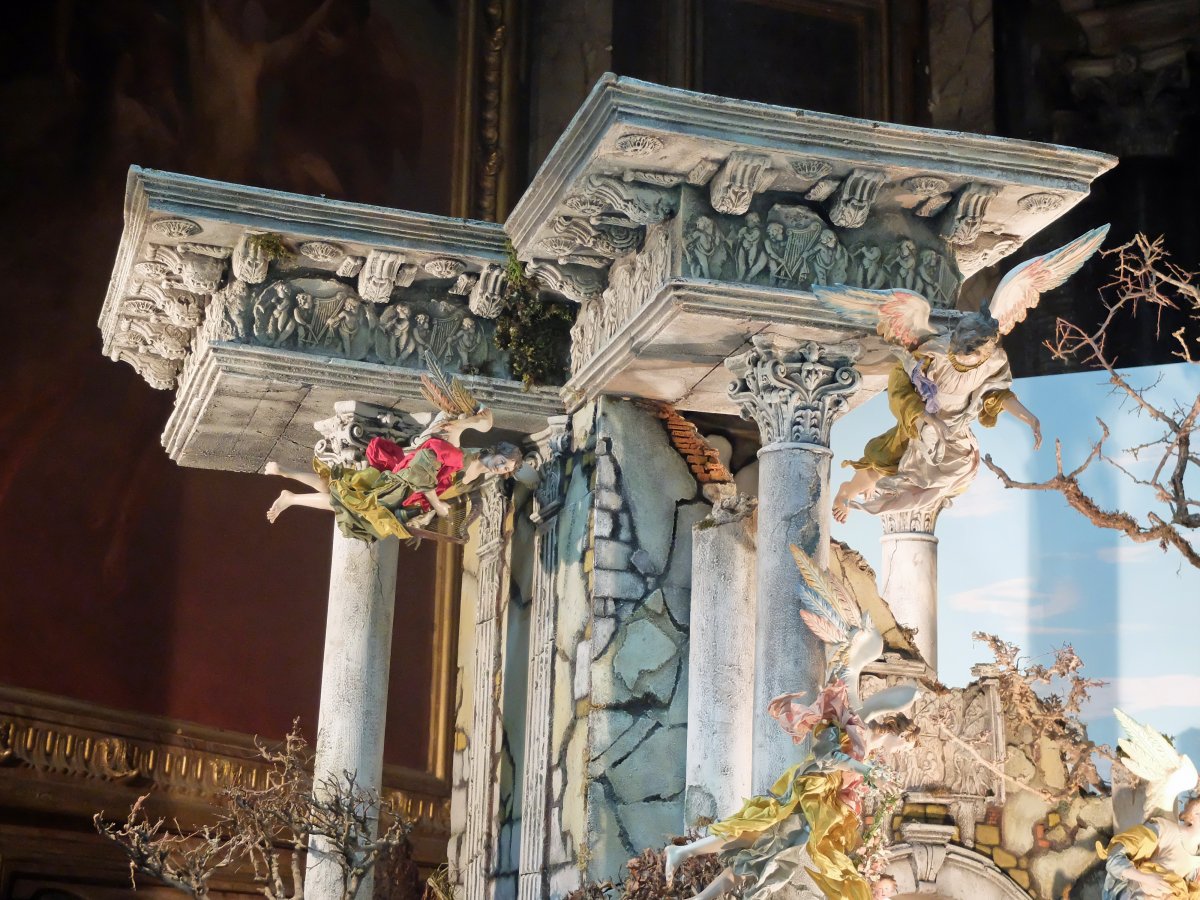 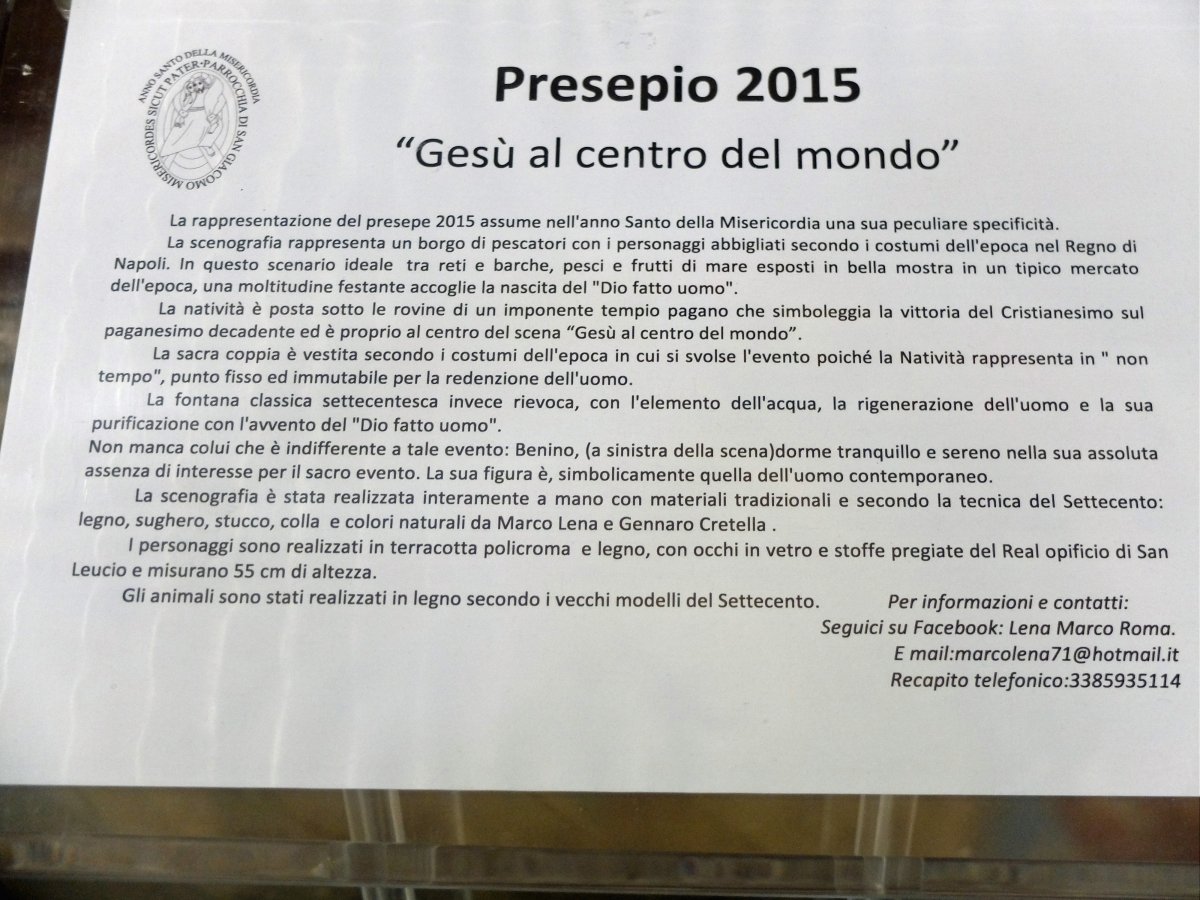 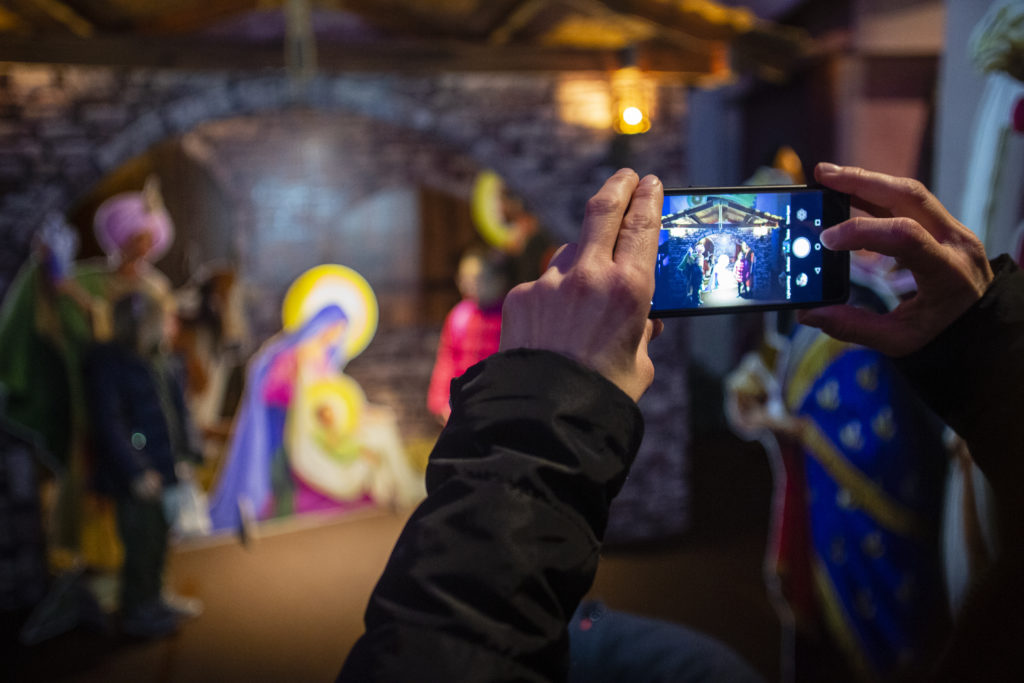 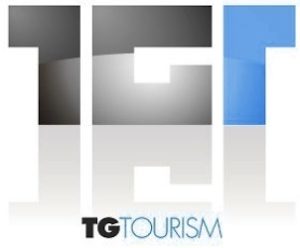 The rest of the village represents scenes from Malta's history. In the back is the replica of Auberge de Castille, next to the church of Our Lady of Victory. Among other buildings are the opera house and houses demolished during World War II. One of the destroyed houses provides the birthplace for baby Jesus.

At the front is the Grandmaster of the city, Jean de La Valette, Pius V and the engineer of the city, Francesco Laparelli da Cortona. Each of these figures played a vital role in developing the city. Other figures are seen wearing traditional Maltese costumes and taking traditional roles, such as sellers, shepherds, and musicians.
Zum Vergrößern anklicken....

The crib was built in 2017 and this is the third time that it is being exhibited for the public. Originally, in 2017, it was on display at the Club’s premises, while in 2018 it was exhibited at the foyer of the Maltese Parliament. The setting of the scene is Malta’s capital, Valletta, with miniature replicas of various prominent buildings within the city including the Auberge de Castille, the church of Our Lady of Victory, the remains of the Royal Opera House, as well as a few traditional Maltese houses, with one of them, partly demolished in the World War II bombardments, providing the birthplace of baby Jesus. The whole setting is surrounded by Valletta’s bastions and the sea. The crib also reproduces the painting by Maltese artist Giuseppe Cali, as found in the Nativity altar at the Luqa Parish Church. The figures are wearing traditional Maltese costumes and include St Ġorġ Preca surrounded by children, a lamp lighter, a milk seller with his goat, shepherds with their herds, women wearing the traditional Maltese headdress (għonnella), a fruit and vegetable vendor, a horse-driven cart, and musicians playing traditional Maltese instruments. The figure of Jean de Valette, Grandmaster of the Order of St John, who gave Valletta its name, welcomes all those who visit this crib. Also represented is Pope Pius V, Head of the Catholic Church and ruler of the Papal States from 1566 to his death in 1572. Pope Pius V, who contributed towards the building of Valletta, is represented together with Italian architect and military engineer Francesco Laparelli da Cortona, an assistant of Michelangelo, who was sent by the Pope to supervise the construction of Valletta.
Zum Vergrößern anklicken.... 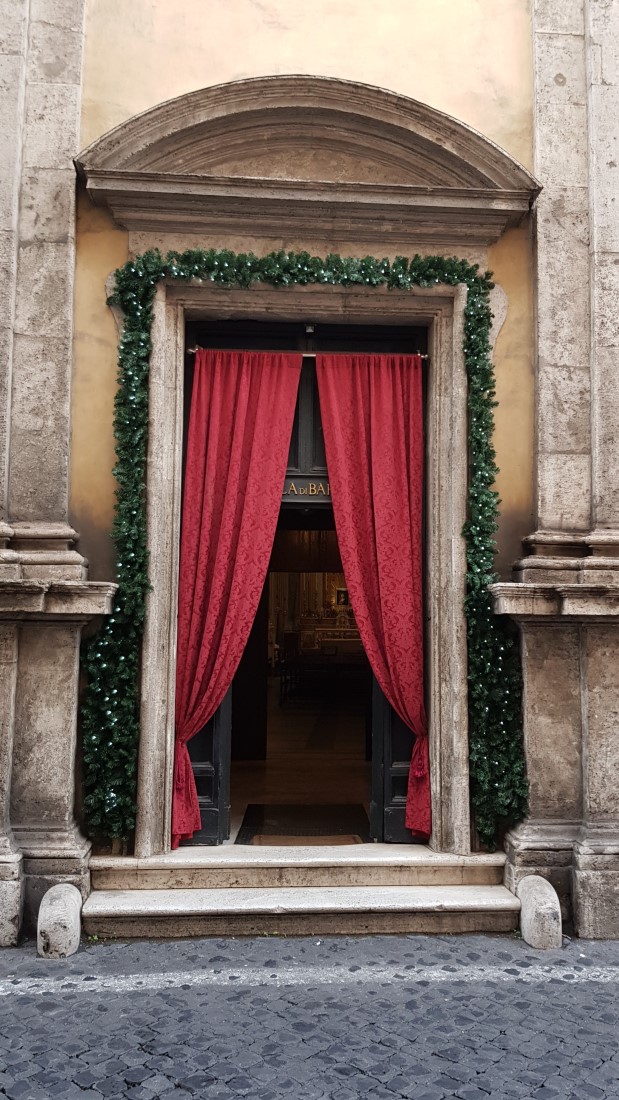 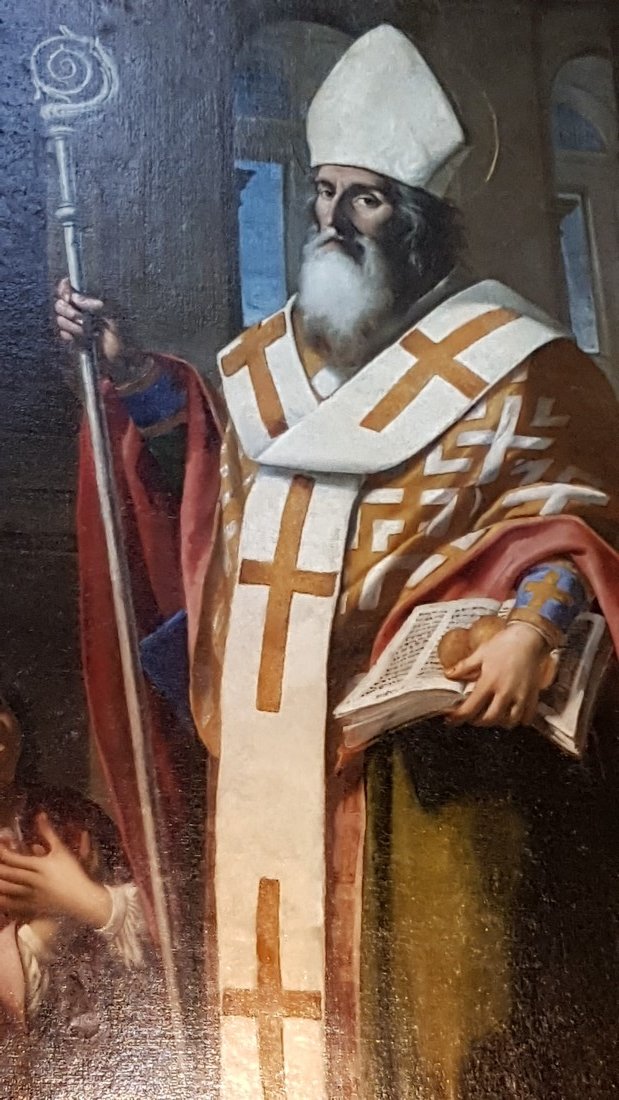 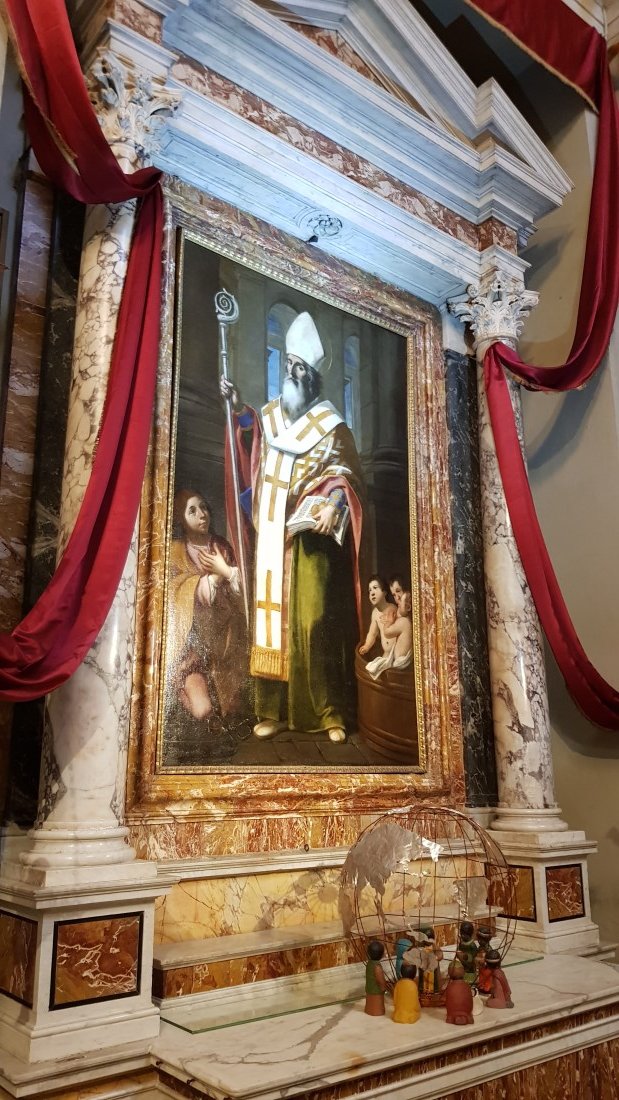 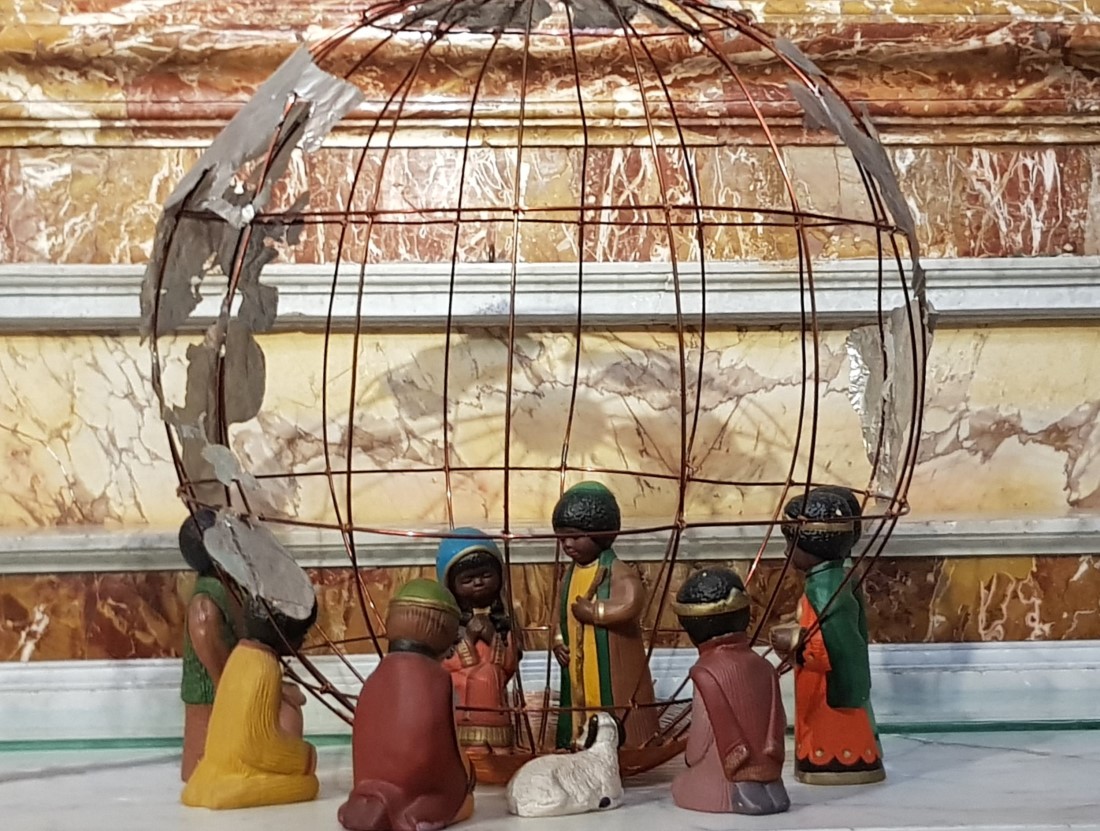 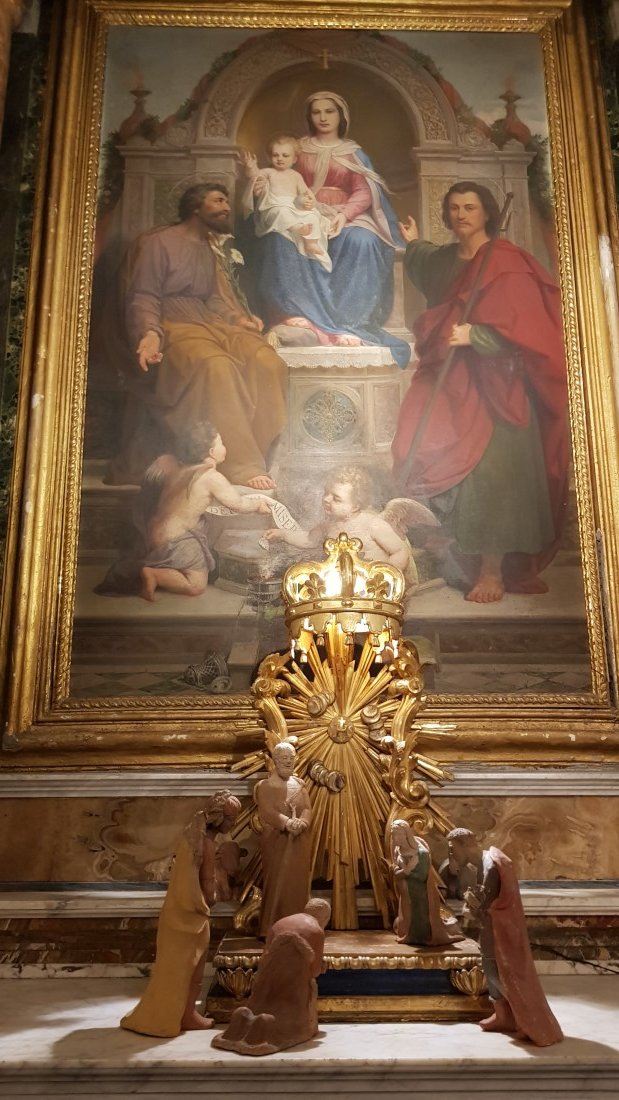 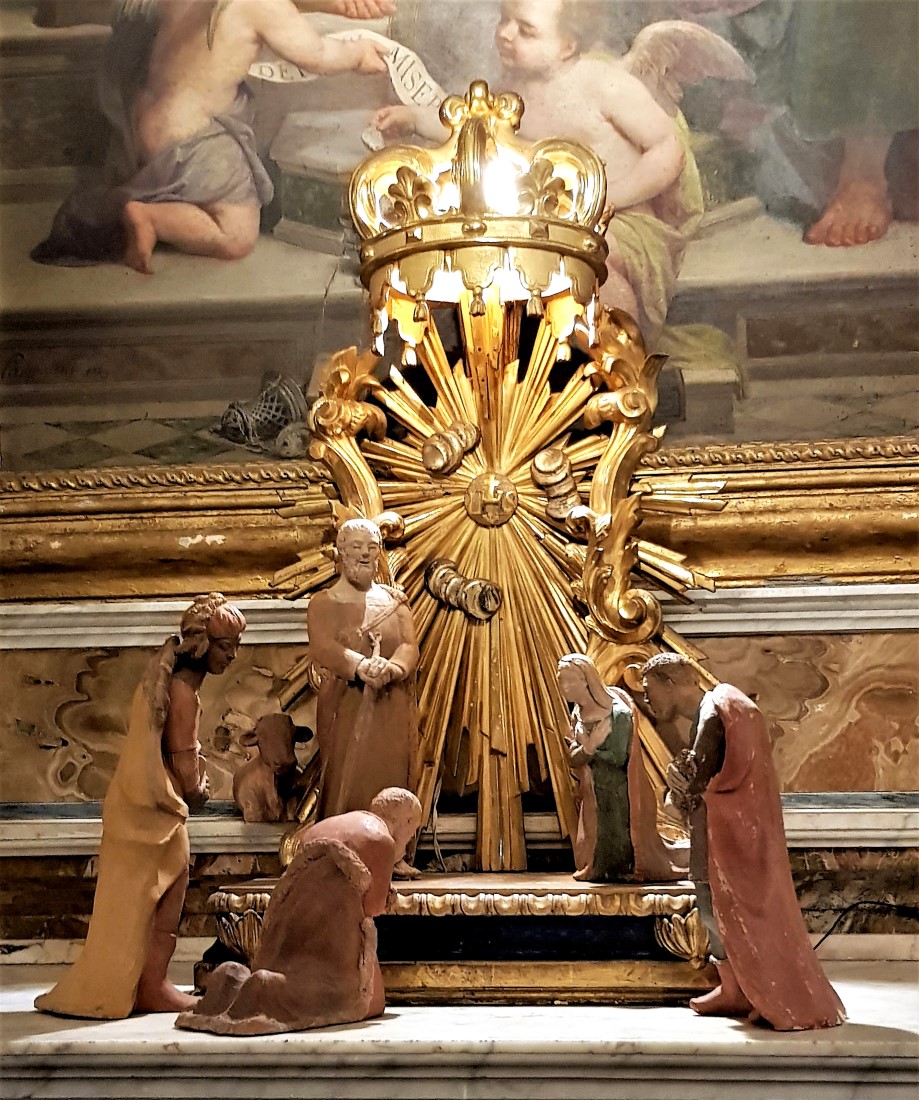 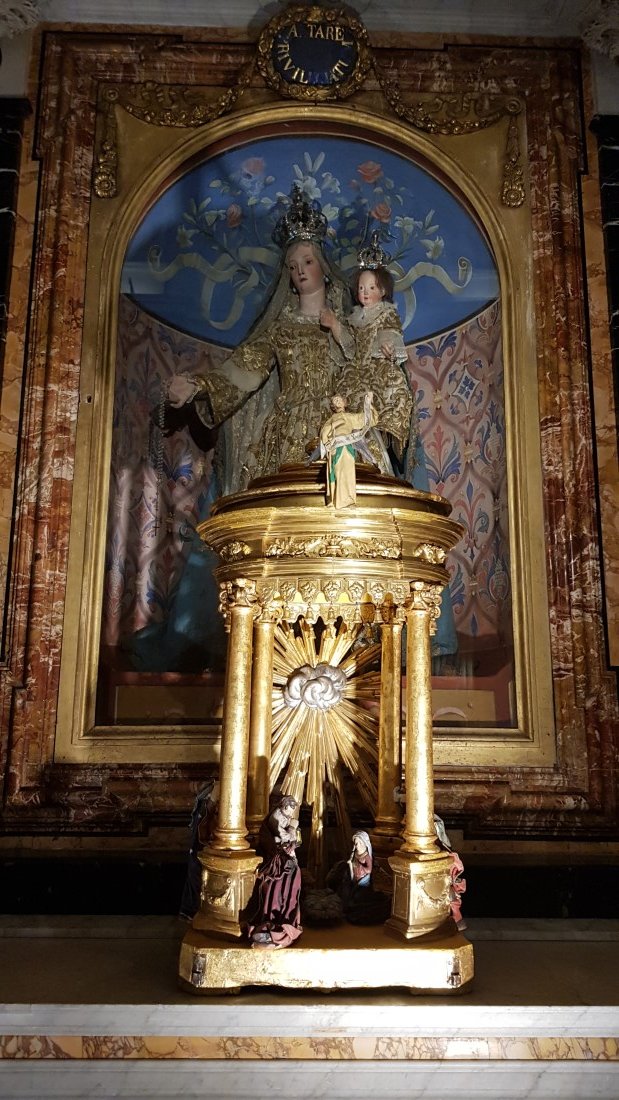 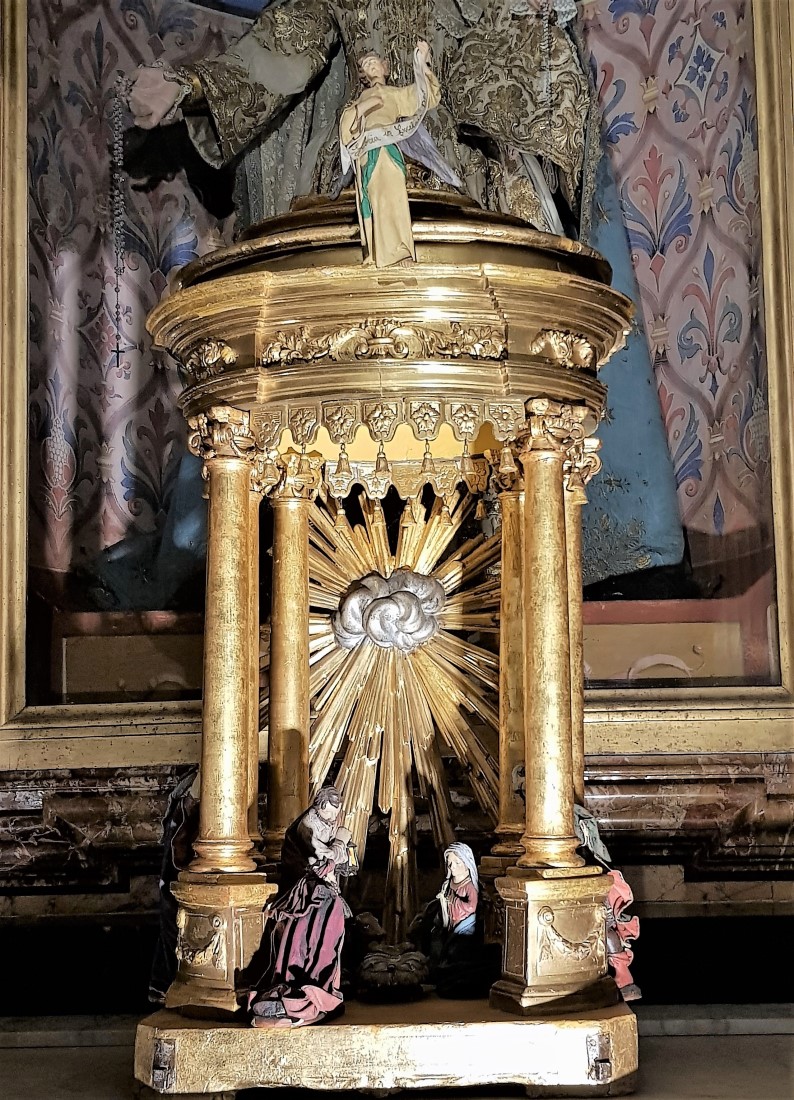 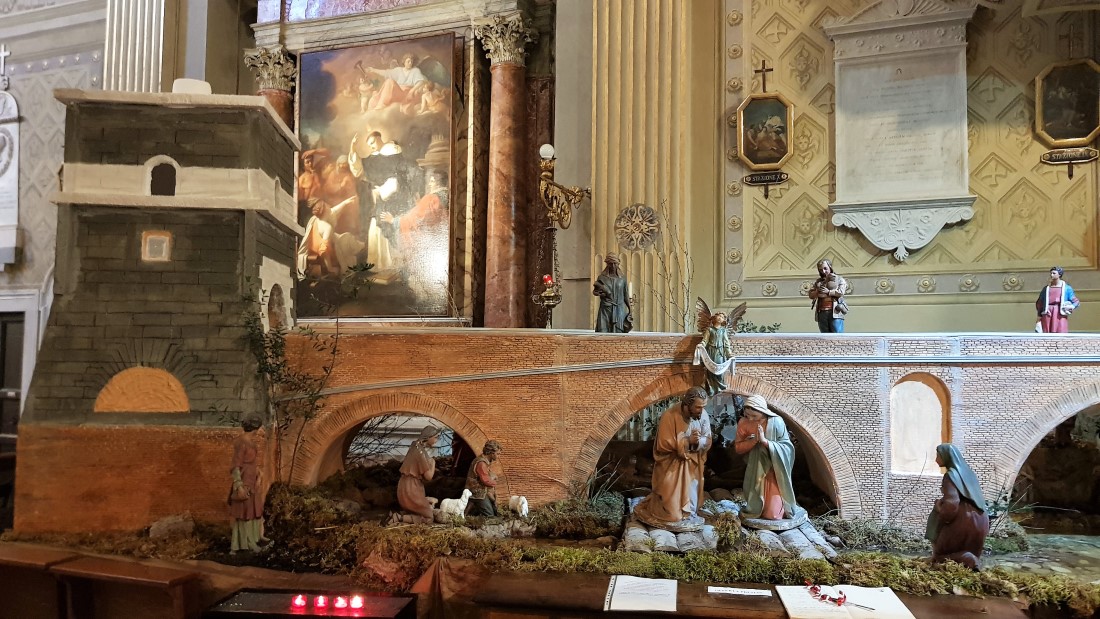 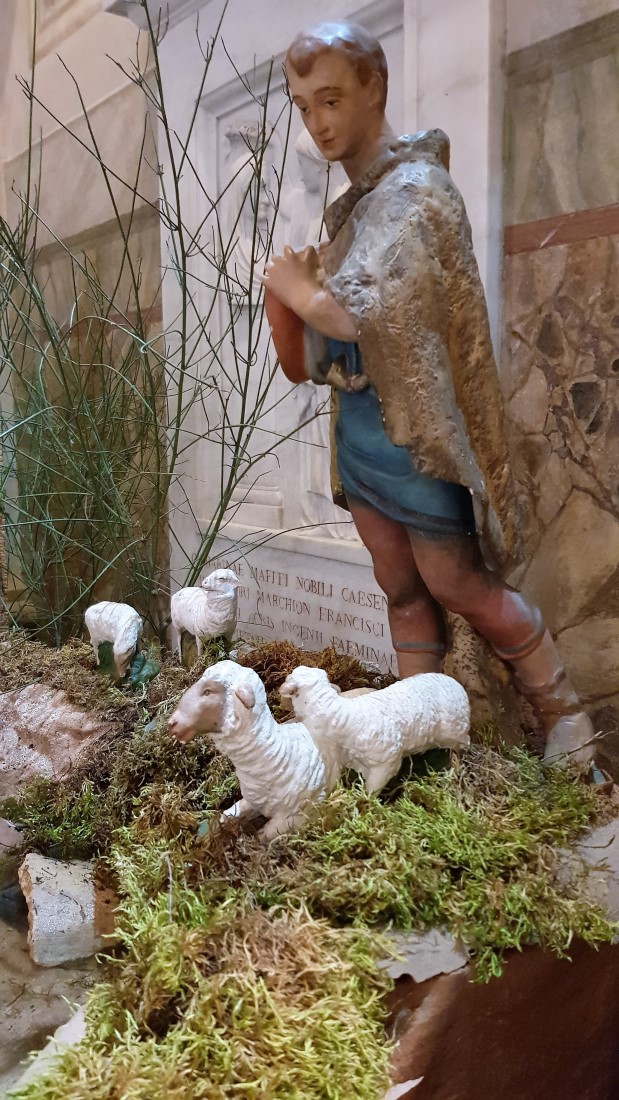 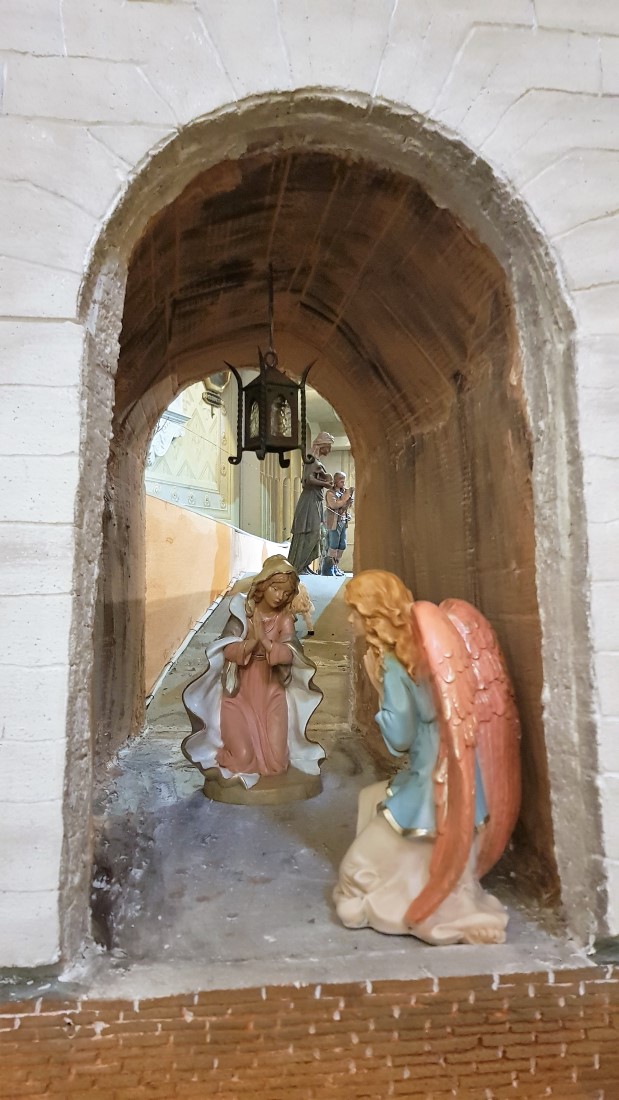 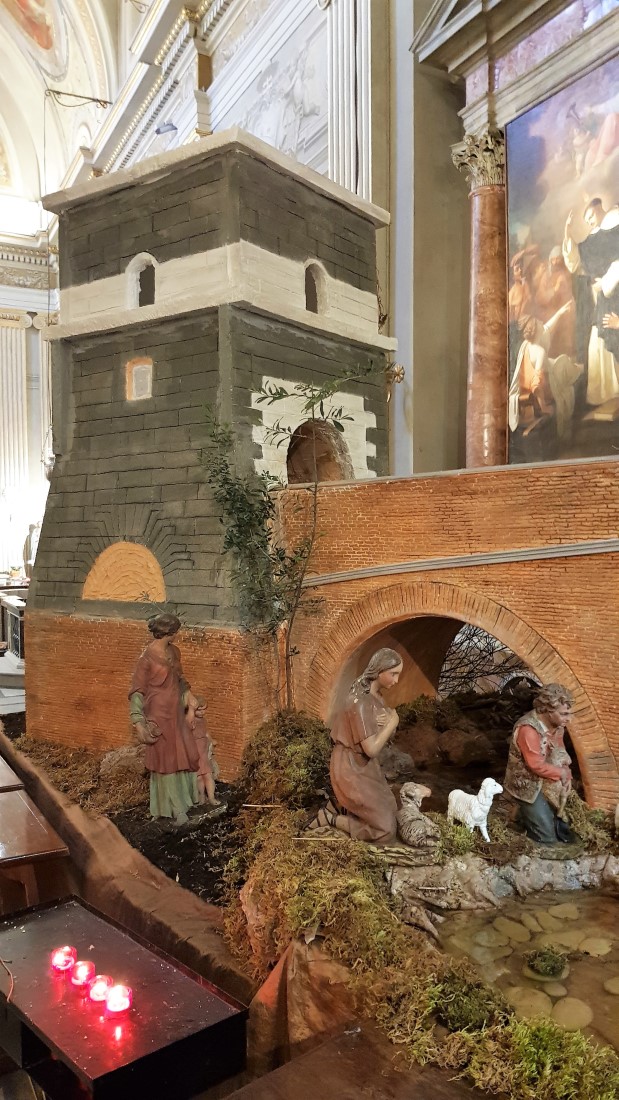